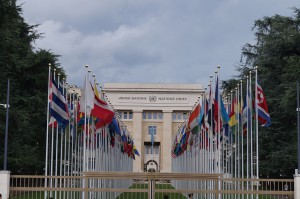 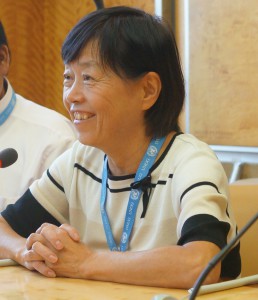 Profile: Mrs. Hiromi Edwards teaches Japanese language and culture with the University of Maryland. She is a member of the American Psychological Association and has been listed in “Who’s Who in the World” since 2003. She has been writing many articles for monthly magazines of “Seiron” and “Sokoku to Seinen.” She translated three reports by the Institute of American Values and published them as a book titled “Dokushinsha wa son wo shiteiru (Singles are missing out).” She has been giving many speeches regarding the importance of family and other topics at different cities in Japan.

Merits of the Traditional Japanese Family System for Children

Like many things these days, family in Japan has been changing very rapidly in recent years. In 1975, the average age at which Japanese people used to get married was 27 for men and 24.7 for women, but in 2013 they are 30.9 and 29.3 respectively. The percentage of singles 20 years ago in Japan was only five percent, but in 2013 it was 20.1% for men and 10.6% for women (Gender Equality Bureau Cabinet Office). One of the most unique phenomena that is occurring in Japan among young people is called sex-less youths. According to a Cabinet Office survey, about 40% of unmarried men and woman between the ages of 20 and 30 responded that they did not want to have any lover (Sankei Shinbun dated 25 June). This phenomenon among men is called herbivorous men or grass-eating men, the word first coined by Maki Fusawa in an article published in 2006 and refers to Japanese men who are not interested in marriage or having a girlfriend. Partially as a result of this phenomenon, the number of singles are increasing rapidly in Japan. At the same time, the percentage of three-generation families is declining and many elderly persons are living alone these days.

My presentation here today isn’t about these grass-eaters or current trends, even though it can be a very interesting topic. It’s more about how Japanese families used to be like when I was growing up and why I think it is important to preserve this traditional Japanese family system.

Back then about 40 years ago when I was approaching adulthood, almost all Japanese women were expected to marry. The optimal marriage age for women was often compared to a Christmas cake, which everyone wants on the 24th or 25th but not after. So, if your household had a daughter at that age and if she did not have any prospective boyfriend, often some family friends started bringing “Omiai pictures” to the family. The same thing could happen if a son who was approaching 30 and did not have a girlfriend. Omiai is a Japanese term and often translated as arranged meetings but it’s simply an effective way to bringing together young men and women who have little opportunity to meet the opposite sex. If they decide to marry after omiai, such marriage is called “omiai marriage.” The number of “omiai marriages” tended to be larger than the number of “love marriages”, but toward the end of the 1960s the ratio was reversed and nowadays more than 90% of marriages are love marriages.

However, there is an interesting statistics, which indicates that the divorce rate of love marriages is 40% while that of omiai marriages is only 10%.

The reason the “omiai” system was established, I believe, was that Japanese society strongly believed in the marriage institution and thus family and society in general pressured young men and women to get married, have a family, and most importantly procreate a family successor.

As you can imagine, getting married in Japan is not simply tying two individuals to each other; it’s more like two families coming together and deciding which family the couple would succeed. So, the first thing we do during the formal wedding reception is the introduction of the members of each family. In the traditional Japanese family system, the most important thing for the married couple is to keep the family intact and to make sure that the family has a successor. This successor tended to be the eldest son and if there was no son in the family, the family adopted the groom into their house. Often times these newly-married couples lived with the parents whose family they succeeded. Thus, multi-generational households were not uncommon in the Japanese society even though the number is declining rapidly nowadays.

So, you may wonder why it’s so important for the family to have a successor. Is it because the family needs someone to inherit their money or assets, or carry on their family name? It may be so for some families, but the more important duty for the successor is to take care of the ancestors and their graves. The concept of family to Japanese involves not only the people we are currently living with but also many generations of ancestors before them and many generations of descendants to come. Thus, we place ancestors’ memorial tablets at the Buddhist altar inside the house, make offering to them every morning, go and visit graves on Equinox days, and receive their spirits during Bon Festival which is held in the middle of August. Ancestors are not someone deceased and forgotten but they are pretty much part of our lives and we live with them.

On top of the Buddhist altars and different customs just mentioned related to ancestors, many traditional households had and some still have a household Shinto altar and receive gods into their house. Japanese clean the house at the end of the year so that we can receive New Year’s god to the house. We visit shrines at different occasions to ask for God’s protection. Many of Japanese customs and festivals are often conducted either to respect one’s ancestors or to ask for gods’ blessing.

Accordingly, children in Japan used to grow up surrounded by many different family members as well as ancestors and gods. Why is such traditional Japanese family system good for children?

There is a think-tank called Institute for American Value in NY. They often publish many different kinds of booklet to promote family and better civil society. In 2003 they published another booklet titled “Hardwired to Connect.” The booklet is an empirical report by 33 children’s doctors, research scientists and mental health and youth service professionals. The report explains the degree of problems American children face these days and the way to solve the problems. In summary, it concludes that for the healthy growth of children they need two kinds of connectedness, to connect to other people and to spirituality.

In other words, Japanese children used to grow up in an ideal environment. They were always surrounded by many different people. Family successor took care of his/her aging parents and respected ancestors. Children grew up watching such respect. Many customs and festivals involved ancestors and gods, which evidently contributed children to understand the existence of spirit and foster their spirituality.

After WWII, many parents became busy working and children were left alone watching TV or playing video games. Many parents moved to big cities and moved away from their parents’ houses and established nucleus households. As they built their own houses, they did not care to place any Buddhist altars nor Shinto altars. Gradually, Japanese children began losing the connectedness to people and spirituality they needed. This loss of connectedness started affecting children adversely these days and our children have so much more problems nowadays which they didn’t have before.

Changes are sometimes necessary but too often such changes were brought simply because of the convenience of adults without considering the well-being of children. Traditions are here with us because they are accumulation of the wisdom of the people in the past. Some traditions can be thrown away but there are also some traditions we should hold on to. Traditional Japanese family system is one of those traditions we should hold on to and recover once again because of its merits for the children.