The Evidence After The Battle of Nanking

2. “War Damage in the Nanking Area -December 1937 to March 1938” by Dr.Lewis.S.C.Smythe (Professor of Sociology,University of Nanking)
It indicates the total  number of deaths by soldiers’ violence in Nanking is at most 2400  . 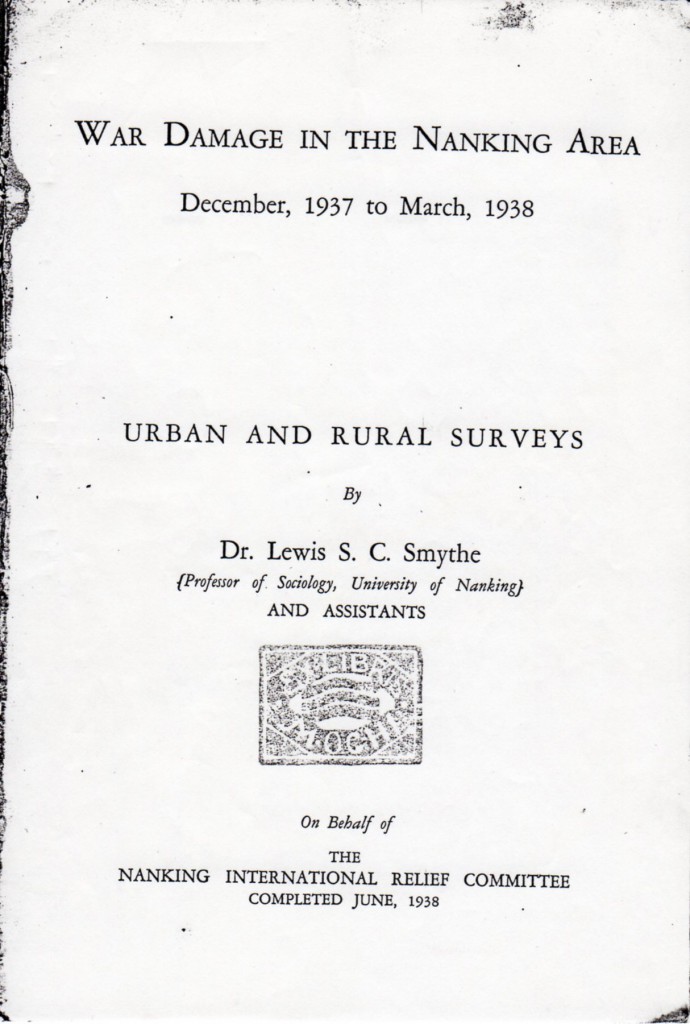 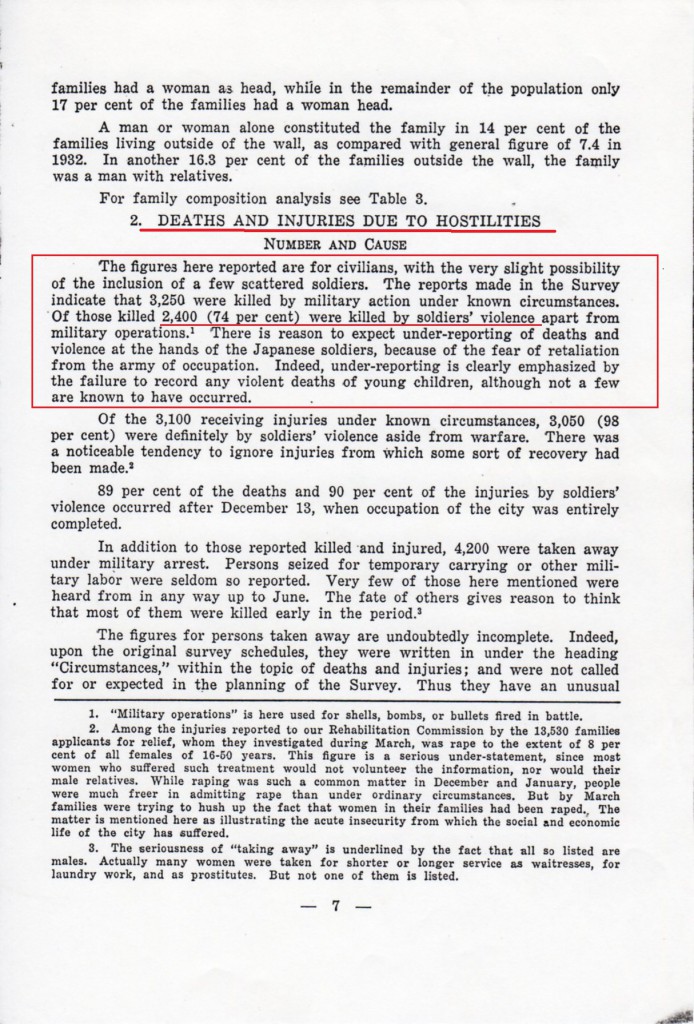 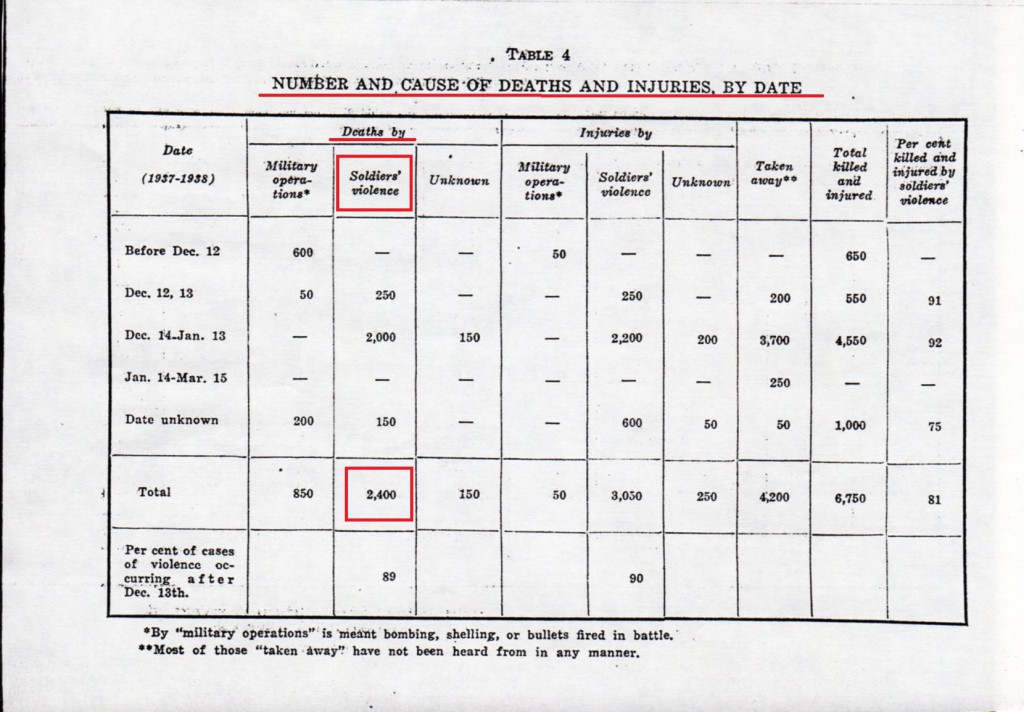 PDF Page45: NUMBER AND CAUSE OF DEATHS AND INJURIES BY DATE 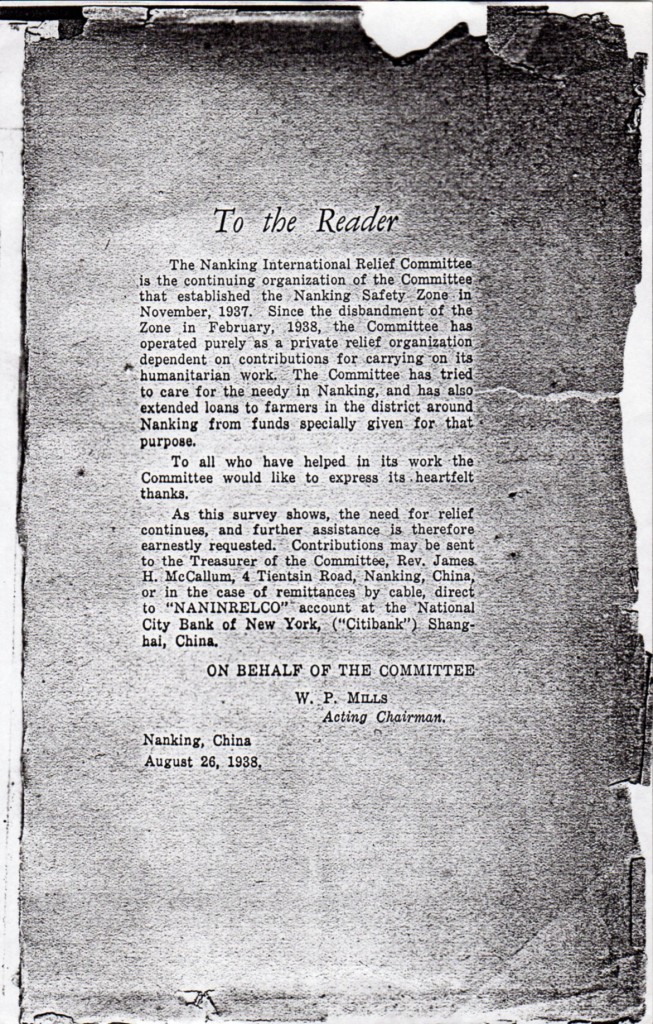 3. Artile: New York Times & Chicago Tribune January 4 1938.
Ex-Chinese officers confessed that they dragged girls from the refugee camp into the darkness and the next day blamed Japanese soldiers for the attacks. 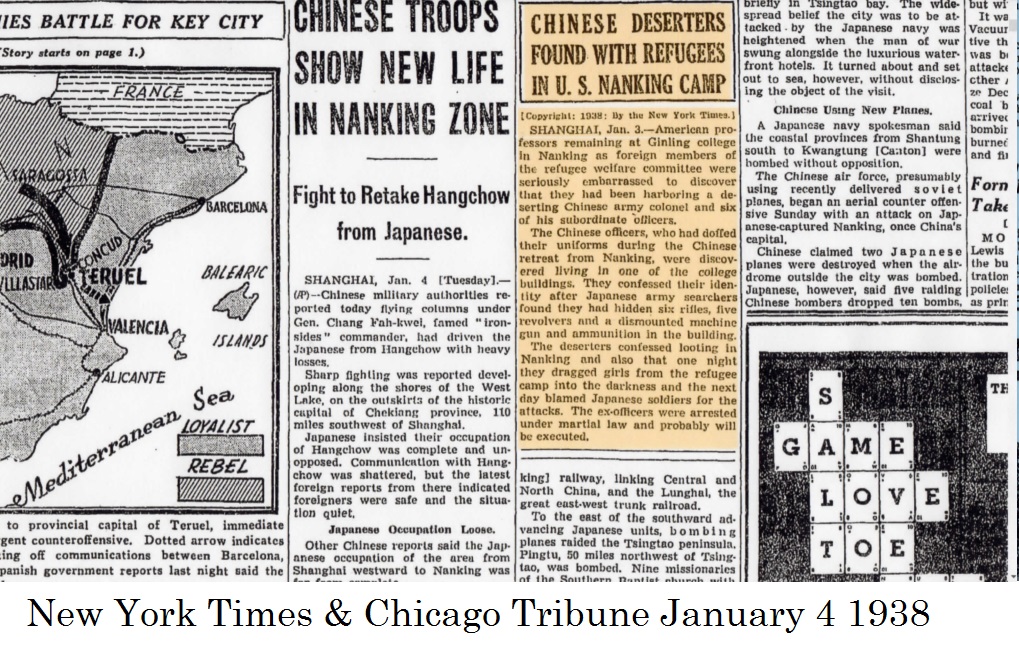 CHINESE DESERTERS FOND WITH REFFUGEES IN U.S. NANKING CAMP
[Copyright: 1938 : By the New York Times.]
SHANGHAI, Jan. 3.— American professors remaining at foreign members of the refugee welfare committee were seriously embarrassed to discover that they had been harboring a deserting Chinese army colonel and six of his subordinate officers.
The Chinese officers, who had doffed their uniforms during the Chinese retreat from Nanking, were discovered living in one of the college buildings. They confessed their identity after Japanese army searchers found they had hidden six rifles, five revolvers and a dismounted machine gun and ammunition in the building.
The deserters confessed looting in Nanking and also that one night they dragged girls from the refugee camp into the darkness and the next day blamed Japanese soldiers for the attacks. The ex-officers were arrested under martial law and probably will be executed.

Can you find “Nanking Massacre” in these records?

* All the data is recommended and provided by Mr. Ichiro Matsuo, an expert in Japan-China Study and Nanking Incident.

2 thoughts on “Do you know a Documentary movie and these documents after Battle of Nanking?”