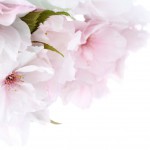 I would like to congratulate the Japanese women who are standing up for human rights by organizing this conference in New York on 24 March.

I think it is essential to stop sexual exploitation of women, research and understand ourselves the facts of history, in particular regarding comfort women in World War 2.

Forced enslavement of women did not exist during the Second World War.
There were no sex slaves taken by the Japanese soldiers. The voice of truth even, if a small voice, will eventually resonate in great power to the world.
Now we say to the world we are actively concerned about women’s rights around the world.

I hope your forum will be a great success for everyone.
I live in Melbourne, Australia, so to my regret, I can’t be with you in person.

God be with you